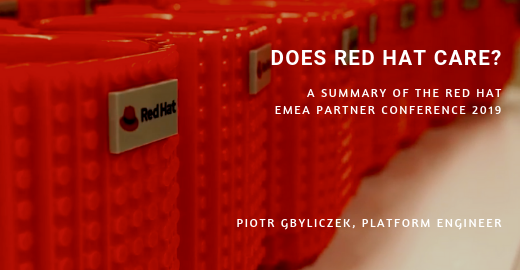 I recently spent a few days in Prague attending the Red Hat EMEA Partner Conference 2019, where one of the presenters jokingly responded that “Red Hat does not care” about the content of the workloads that run on its platform.

Whether this comes as a surprise to you, or you don’t know Red Hat and you’re not sure why it would be surprising, bear with me for a moment. I have to admit that I have taken it massively out of context to tease you a little and tell you a story about a fantastic company, the amazing work they do and products they offer.

Prague is an astonishingly beautiful European city, full of impressive architecture, extensive history and vast culture. It created a perfect setting for the Red Hat EMEA Partner Conference, where the central theme was Open Culture. Moreover, open culture and open source are what makes Red Hat unique to the unseen scale.

Open source is free, so it takes a tremendous amount of integrity, clear vision, courage and open culture to sell it and make a profit. Although generating the profit never clouds the main focus of the company, which is the customer. Like bottled water, a free resource that we are willing to pay for, the value is added by doing the base work for us.

Red Hat has more than two decades of open source, and it is of the highest quality, thanks to their core values mentioned in the last paragraph. The Red Hat EMEA Partner Conference is geared at instilling those values onto partners – showcasing it so partners can be confident about the work they are doing for their customers.

Let me tell you; I’m confident now that as Red Hat partners, we can do just about anything. While some of the breakouts were aimed at empowering customer engagement, there was a lot of technical panels to tell us what new and exciting technologies (and sometimes established technologies used in new and exciting ways) are in the pipeline for us to use.

Red Hat OpenShift 4 was everywhere. It is indeed a fantastic platform for digital transformation, where you can manage containers and Kubernetes infrastructure from a friendly Web UI. OpenShift not only looks great, it also adds a fantastic set of tools for developers, allowing them to skip creating a docker file and point OpenShift project to their git repository, and figure out the rest needed to build containers, or use CodeReady Workspaces, an IDE that lives in a container itself. OpenShift does an amazing job of freeing developers from the need of having an IDE installed locally and securing your organisation source code as it does not need to be stored locally.

OpenShift can do just about anything you could imagine to be doing with containers from the simplified UI, and probably more, as it can even manage virtual machines (VMs) now, still giving us a more seamless experience that will make it hard to distinguish them from containers. Moreover, OpenShift can even manage its own infrastructure thanks to Kubernetes Operators, the next step in cloud-native infrastructure automation.

It is the topic of Operators where I can get back to my opening and put the quote in context. The phrase “Red Hat doesn’t care” was a tongue-in-cheek, quick answer given by Jason Dobies, a Developer Advocate at Red Hat, to a question about how Operators that handle third-party technology are enforcing their behaviour. And, they do not; it is up to the third-party to provide the best experience with their technology. Red Hat does recommend a standard of Operator interaction, but in the end, they leave it all to the provider to make sure users of that Operator are happy with the results. I guess they “don’t care” because they believe the third-party provider is in the best position to apply their experience with their product. It is a belief I can wholeheartedly agree with, which makes this approach very sensible and cultural.

OpenShift can stand on Red Hat Enterprise Linux (RHEL) or Red Hat Enterprise Linux CoreOS, a recent addition to Red Hat family as an OpenShift deployment option. RHEL 8, the latest and greatest incarnation of the Red Hat flagship offering for enterprises, is built on top of Fedora upstream. Fedora is a sort of testbed platform where everything is tested and stabilised first by brave or eager users before landing in the enterprise-ready RHEL. CoreOS is now part of this community and using Fedora as its upstream too, making use of the same reliability and security features that RHEL utilises, applying CoreOS immutable, containers-ready philosophy.

I see RHEL 8 headed for much greatness in the world of containers, as Red Hat had revised their policy towards sharing RHEL images and created Universal Base Image that can be shared without breaching a RHEL subscription.

We would make a mistake if we assumed that OpenShift is only a container platform. There was a strong highlight on the fact that thanks to KubeVirt project, OpenShift can manage VMs too, and makes the experience relatively similar to the container experience it delivers.

Another exciting thing OpenShift can offer is thanks to the partnership with Microsoft, and that is running .NET workloads in Linux containers, using .NET Core. For workloads that are not portable, we can use the above mentioned VM management. To throw another feature in, again thanks to Microsoft, OpenShift can use Hyper-V as its worker nodes, meaning both VMs and containers will run in Windows environment, should you require that.

Another feature of OpenShift that proves even more that Microsoft has adapted to the open source world is the ability to run Azure Serverless functions within OpenShift. OpenShift acts as a frontend here, allowing you to orchestrate these workloads while it sends it to Azure. We can do the same with AWS and GCP serverless offerings, too.

There was also a strong presence of storage, mainly in the form of Ceph, a software-defined distributed storage system based on commodity hardware. Due to its software-defined nature, Ceph is hugely flexible, offering ways to expand beyond limits of a physical chassis, being at least as much performant as, and offering security features comparable to, more traditional SAN devices. A simple fact that Ceph does not have an upper limit on storage capacity it can provide suggests to me that there is vast potential laying there.

The conference was full of partners presenting or just sharing the love, from the aforementioned Microsoft, through to Intel, Dell, HPE, Sysdig, Atos, Arrow, TechData, Couchbase, Juniper, Dynatrace, and more. It was exciting to have a chat with some of them and look at the trends and potential ways the industry will move forward.

I am fully confident that Red Hat, with a lot of mature technologies backing the products they are offering, a lot of investment in the upstream projects they are utilising, and with their strong core values is here to deliver satisfaction and enterprise-ready, innovative technology to their customers, and is intended to stay like that for a long time 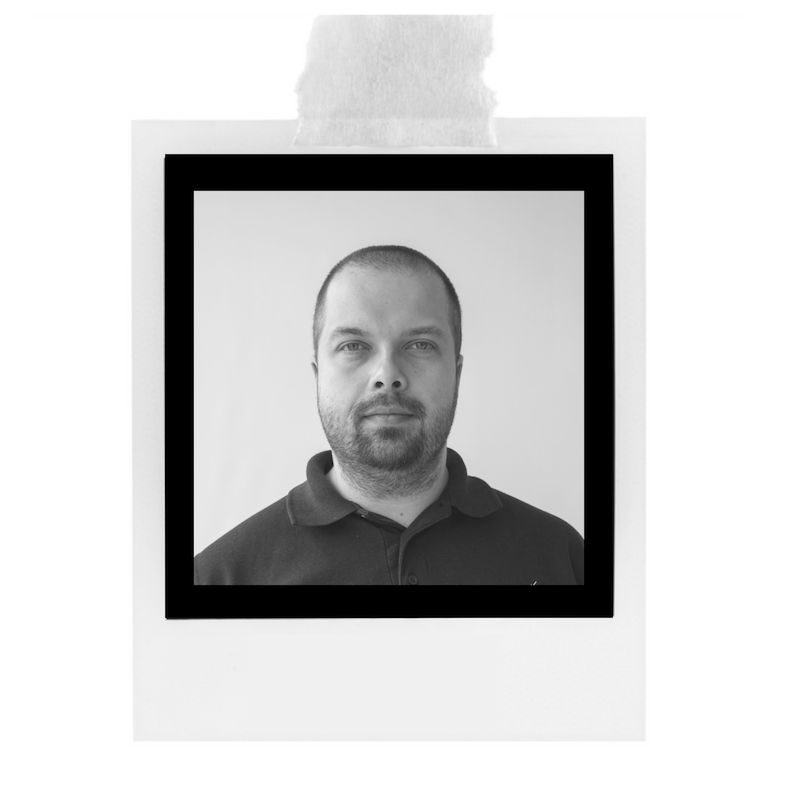 Piotr has been working with Linux and Open Source Software for over 20 years, starting by experimenting on his own with setting network routers and firewalls for a home network – the first version he remembers using is RedHat Linux 5.2, ancestor of RHEL, back in 1998!

While he’s most familiar with RHEL these days, as proven by five Red Hat Certifications, he can easily dive into other flavors to keep his LPIC-3 knowledge up to date. As a certified Azure Administrator and AWS Solution Architect, Piotr likes to work with public and private clouds, virtualisation, containers, and automation.

Find out more about Piotr here.