The changing role of the DBA – a move towards DataOps 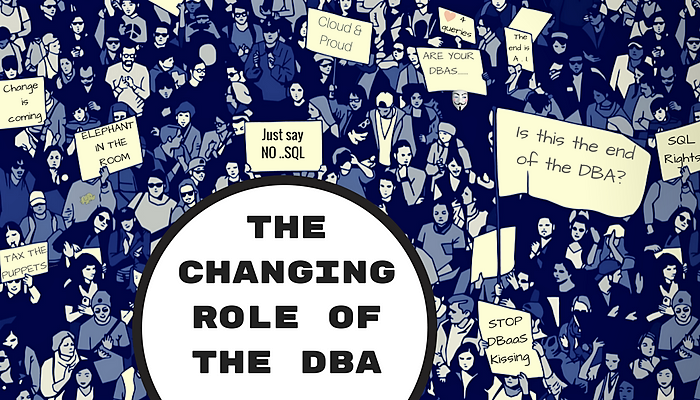 The changing role of the DBA – a move towards DataOps

In the noughties being an Oracle DBA was an aspirational role, technologists were drawn to the high earning potential, data environments were complex, temperamental and required a lot of attention to keep the lights on. I sold Oracle training courses in the late 90’s and I booked swathes of bright young things onto the Oracle admin courses. Fast forward to last month and I was at a graduate recruitment fair looking to grab their impressionable minds early and divert them to the dark path of the DBA. Wow, what an eye opener! I lost track of the number of conversations I had with wannabe developers, it was like a factory producing coders in object orientated languages. That I’m afraid is the harsh reality and there is a widening skills gap for good and forward looking database skills.

In terms of existing DBA’s…I’m not going to waffle on about digital transformation and cloud migration, it’s happening and it’s having a big impact on a DBA’s day to day world. Let me illustrate what I see happening with a story ;o)

Scene 1: The Board Room

The Board: Our sales are slowing down and we are meeting increased competition. How on earth did we lose “plum account” to “annoying start-up”?.

Sales Director: “plum account” has a new CIO and they chose “annoying start-up” as it’s half the price and they deliver their services via an easy to use SaaS.

The Board: But our customers value our very expensive staff turning every cog and we spent £1m on that complex ETL project to integrate with “Dinosaur Ltd” to speed up the supply chain.

Sales Director: We are struggling to compete on price with “annoying startup” and the customers actually like their SaaS approach, apparently they can be up and running in a few hours.

Chairman: <Spits out tea> We need a SaaS approach. If we don’t have a good story to tell our customers and investors then we could be the next Kodak or Blockbuster.

CIO:  Excellent (I’m imagining in the voice of Mr Burns) I will call this new project “Digital Transformation” and I will hire an army of developers.

Scene 2: The arrival of the developers

CIO: Right.. recruitment manager I need to build a new development team, we need to out cool “annoying start-up”, paint the IT department in bright colours, buy a table tennis table and if a developer doesn’t have a piercing or a tattoo …. Move on.

<The development team is born>

CIO: To development head. I’m under pressure on this I want you get all over the team. I need something new every 2 weeks, I want you to run a meeting every morning (don’t even let them sit down) get them to explain what they did yesterday, what they have planned and what’s stopping them. They’ll hate the micro-management – but you’ll have to convince them.

Dev Head: Guys, I convinced the CIO to go Agile.

I’m laughing writing this as I see it happening time and time again. The DBA team have a gun to their head and they are being hit from all angles, poor SQL, new database technologies, new platforms, changes every 2 weeks etc… Those pesky devs are taking over, the penny has dropped with the infrastructure team who are changing their titles to DevOps and learning EC2 and Chef.

If you are DBA and watching this happen, sat looking after an internal Oracle backend to an ERP system… wakey, wakey you are supposed to be in charge of the data operations. The board could move the ERP system to a SaaS platform next year and I guarantee you that’s what Oracle will be pushing for.

My rallying call to DBAs is to get into the mind set of being in charge of DataOps and be the disruptor rather than be disrupted. I wrote a blog last year which you can read here as a starter, you’ll need to learn new skills, accept the direction of travel and adapt.

If you are a CIO reading this and you don’t have anyone looking after DataOps, then you best give us a call.  Those expert database skills are being lost and if you don’t have someone dedicated to ensure the performance and security of your databases you will just be building up future problems… and no, “we run RDS, Atlas, Azure SQL” etc.. isn’t the answer, as they address only a fraction of the issues a good DataOps team have to deal with.