Ssssh! Don’t tell anyone but Couchbase is a serious contender: Couchbase Live Europe 2015 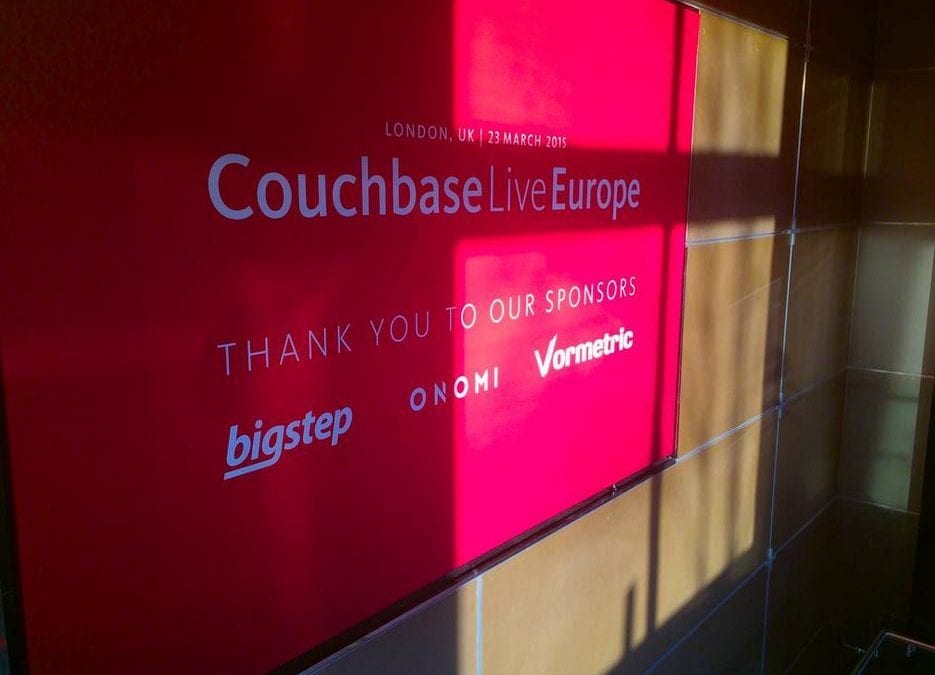 In the softly lit, opulent bowels of the Park Plaza hotel, Westminster something special happened yesterday. Couchbase Live 2015 came to London and for the untrained eye the event presentation and attention to detail smacked of a goliath software vendor and you could be forgiven for thinking you were in a major Oracle or Microsoft conference. Then you looked a bit deeper, there was a buzz of excitement in the attendees, a group of people who had all discovered and backed a new technology. They had stuck their neck out and as the day progressed their decision was being validated as their peers shared their own successes.

Last year’s humble 150 attendees was dwarfed with over 1,000 registrations, with a crowd largely made up of developers. However, these weren’t a bunch of fresh out of school coders, they were serious people, working for some of the largest companies in Europe. The word big data was barely mentioned, there was no flannel or hype, why had the attendees chosen Couchbase? and what subjects were the hot topics?…. Resilience and Performance. I told you serious guys, with business critical projects. That is what made the day so exciting, some of the biggest companies had chosen Couchbase as the best option to provide a database solution with near zero downtime and sub-millisecond performance for its customer facing applications.

The key announcements were really a sneak preview into the v4.0 release “Sherlock” and there was no surprise that the majority of these features are adding flexibility to the database, providing more general purpose appeal. The sub plot to this is that Couchbase has simplified and solved the major problems of predictable performance and reliability at scale and their customers are crying out for the extra functionality that allows them to replace large chunks of their existing relational estate.

The main announcements were: